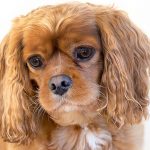 Sweet-natured dogs like Archi are dying way too young. It’s time to act.

About ten or eleven years ago I was invited to a meeting at the Kennel Club to see if there was any way we could all start being nice to each other and I could stop saying things like ‘Why haven’t you banned docked tails in the show ring?’, ‘There’s no such thing as a healthy bulldog’ and clearly the most ridiculous of all; ‘Why don’t you make health testing mandatory for registration or showing?’

Let’s forget about the first two things because they are a whole other story of neglect and dismal performance by the KC. I would however like to have a little look at the last one. You see the KC has for years told us all that they are a bastion of dog welfare and they are firmly committed to continually improving dog welfare. The BVA and the KC have co-operated for many years now to run health schemes that should do just this but things don’t really seem to be progressing as fast as anyone expected. Why? Because the tests are not compulsory. Let’s say that someone didn’t know about hip dysplasia and their Labrador or German shepherd accidentally got themselves in the family way. When that owner went to register the litter and were not allowed because the parents hadn’t been hip scored I think it’s safe to say that’s a sharp learning curve for the owner and something that they will never do again.

When I dared to ask the KC all those years ago why they didn’t insist on this they said they simply couldn’t because it is much better to leave these things to the breeders’ discretion. After all, we are told time and time and time again that it’s only the puppy farmers that are the evil uncaring ones. All the rest of the breeders only care about the animals, they don’t care about the money. If this is true why is it that in countries where hip scoring is compulsory the average hip scores have improved, where ours have wafted around largely unchanged?

There is unequivocal evidence that health tests improve health if you follow advice and, funnily enough, don’t breed from diseased animals. The trouble is that contrary to popular belief there are in fact many, many breeders who very much care about the money and are extremely reluctant to spend any on their ‘beloved’ animals. Maybe this is because they don’t want to hear the painful truth rather than a blind stupidity but either way leaving it up to the breeders is certainly not working.

Show winning animals become highly sought after stud animals passing on their genes to multitudes of litters. If even show winners had to prove they were health tested (and passed!) or they would be eliminated I can tell you that things would change pretty damn quickly.

Jump forward from my meeting back then to 2008 when Pedigree Dogs Exposed came out. One of the breeds featured massively in the programme was the Cavalier King Charles Spaniel. These incredibly sweet-natured dogs used to be very popular but their numbers have dropped since people saw how they suffered with agonising syringomyelia (SM). This disease has become apparent because their skulls have become so deformed by the wants of the breeders and showers to have a cute baby-face. We are now astoundingly at the point that their sweet-natured little brains don’t quite fit in their heads anymore. Instead they have to bulge out the back of the skull giving headaches at best and lifelong excruciating pain in the worst cases. 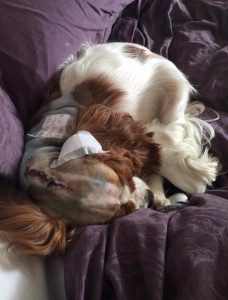 Some dogs undergo major surgery but many others are euthanised because of uncontrollable pain.

After the massive backlash and outcry for these poor dogs there was a screening test introduced in 2012. Dogs could finally be MRI scanned to see if they have SM so that only dogs that are clear of this, let’s be blunt, horrific debilitating deformity, could be bred from. Ah hang on though, it was at the breeders’ discretion and they were so annoyed that specialist neurologists had the audacity to suggest there was something wrong that the vast majority of them boycotted the tests. In the four years since the start of the official BVA/KC scheme 331 CKCS have been scanned. In FOUR years. In that same time 20,429 CKCS puppies have been registered by the KC. In an effort to boost numbers the KC actually did a good thing in 2015 and set aside a whopping £30,000 for people who wanted older scans to be looked at. About TWENTY scans have been done. Wow, those breeders sure do care. 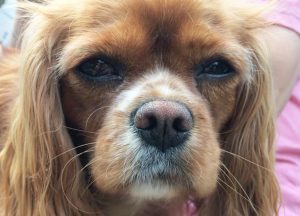 Some breeders say the health tests are way too expensive so they just can’t get them done. One very caring owner I spoke to who wanted to know if her pet dog had SM after she started to show signs of it spent well over £1500 on the investigation with medication costing over £100 a month. With subsidies and schemes offered by testing centres most breeders could have a dog scanned for around £400. Most CKCS puppies cost about £800-1000 each and sometimes more. I’ve never been very good at maths but the numbers certainly don’t scream dog lovers to me.

For decades before this disease reared its very ugly head every vet in the world has known that the prevalence of heart disease in these dogs is also through the roof. In fact according to the KC’s own figures the average life expectancy of the CKCS has fallen in recent years to just under ten years of age. As a vet, I would expect all animals’ life expectancy to be rising because of advancing medicine the same as in humans. Small dogs tend to be longer lived and commonly live until 16-17 years these days. Ten is a dismally low number.

Shockingly there is still no official heart scheme in the UK to sign up to even if you were one of the apparently tiny minority of breeders who care what they breed from. In 2008 the KC promised in a meeting at the House of Lords that they would be introducing one. They’ve been a bit quiet about it in the 8 years since then.

They must have been delighted to learn that Sweden, Belgium, the Netherlands and Denmark have introduced mandatory heart-testing schemes for CKCS. The latest figures from Denmark show a massive 73% reduction in heart disease. In fact rumour has it that the KC popped over to Denmark to have a chat with them about it. I guess we are still waiting to hear how that went…

Even though the UK has no official test there is a well-defined protocol to follow if you’d like to try and do the right thing, which of course all breeders do, right? Heart specialists recommended that all dogs should be at least 2.5 years old and free from heart disease before they are bred from and that both their parents should both be at least 5 years old and free from disease. So this must be what all the breeders are doing right? If there are instructions that are that easy to follow maybe we don’t need a mandatory scheme.

But wait, the Crufts Best of Breed winner THIS year for the Cavalier was under 2 years of age when he won and sired his first litter when he was nine MONTHS old. He had not 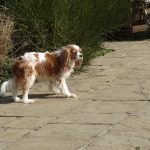 …to this in 8 months due to heart failure. Coco was euthanased age 7.

had any tests and was way too young to be tested according to the recommendations anyway. Maybe it would have been better to wait and see. Maybe you could avoid giving another batch of dogs that death sentence. In fact when you delve into the records you find that both the dogs’ parents were well under 5 years old when he himself became a father. I don’t know if they have been heart tested (and I would love to know the answer to that question) but even if they have now the whole cascade of breeding is totally against the recommended protocol. How can the KC possibly defend this?

There are countless stories of dogs as young as 2 years old dying or being put to sleep because of SM and heart failure. The photos you can see here show quite clearly the pain in these dogs eyes from the headaches. These are not isolated cases.

Enough is enough, I don’t need to go on. What do we need to do? What can we do? The KC and many breeders point the finger at back yard breeders and puppy farms. Everything I’ve just told you makes it blatantly clear that this is a much bigger problem that goes right to the roots of the KC, the show judges and the breed clubs. Mandatory health testing unequivocally works. It improves health and welfare and you simply cannot argue with that. There is no excuse any more for the KC not to respond and to start doing something proactive. They have said they fear this kind of thing will drive breeders underground. SO BE IT. If they want to be that bastion of dog welfare they should start truly representing the dogs in their care and only have the best and most responsible breeders registering puppies with them.

Old at just 4 with SM, knee and eye problems and pancreatitis. This dog’s breeder was highly recommended by the breed club themselves. Fabulous.

You can sign this petition set up by Cavaliers are Special to urge them to move on the CKCS issue but we should be demanding action across the board on these health tests. The UK KC are woefully behind so many other countries. I am a huge fan of the British Veterinary Association but maybe it’s time they distance themselves from the KC until positive change is made. Maybe the BVA can get this heart health scheme started without the KC. It’s time the veterinary profession put real pressure on those responsible to do the right thing. It’s not just the KC I’d like to hear from. They and the breed clubs need to tell us why they do not fully advocate and shout from the rooftops about mandatory health testing. Why are the breed clubs not promoting these tests even if they are voluntary? Their lack of action is unconscionable when faced with the young deaths and agony that so many of their allegedly beloved dogs are enduring.

I feel like I’ve been banging my head on the KC wall for decades. But just maybe if we all start banging on it some cracks will start to appear. Crikey, in my lifetime the bloody Berlin wall has come down, surely we can make this one fall too.