The meeting in Brussels on the 26th June was hosted by Petras Austrevicius MEP and Marlene Mizzi MEP and was a collaboration between FVE, FECAVA and the EU dog and cat alliance. It was brought about by the concern over the upcoming Disney film about a pug but addressed all extreme breeding in dogs and cats. Both the MEPs gave passionate talks at the start of the meeting but Marlene in particular was very strong. She said that she believed that the EU must immediately amend its treaties to protect animals from extreme breeding. This was music to my ears.

Monique Megens, former FECAVA president, was also fantastic. She showed a slide from a WSAVA meeting some FIFTY years ago. The statement issued even then was that “The meeting unanimously declares that concern for the health and welfare of dogs demands that breed standards should not include requirements and recommendations that hinder physiological function of organs and parts of the body.”

It seems to be that all the time those writing the breed standards completely ignore the advice of worldwide vets like this then little will change when it comes to pedigree health. Monique also said that we are now ‘breeding to the point of animal suffering’ and she had many slides that made this irrefutable, the brachys being the epitome of it of course. She went on to say that FECAVA has recently adopted the position that health and welfare should go before looks. Something that I would hope would be obvious to anyone who genuinely loves animals.

We then went on to hear from several kennel clubs and vets about what they had been doing in their countries. The FCI were there in the audience and were representing 50 kennel clubs except the UK. Why is this not a surprise? It seems our KC knows better than anyone about how to proceed! We heard from the Netherlands, Norway and Germany about how breed clubs and KCs were implementing mandatory health testing and huge campaigns to educate owners about the ill health of some breeds. The mandatory health schemes have made remarkable improvements in many places and are undeniably a good thing. In Germany now they have official vets and expert vets who enforce the torture breeding laws. If a vet feels a litter is likely to suffer they can refer to the expert vets and don’t need to be involved which makes it easier for the general practitioner.

Kristin Prestrud from the Norwegian KC said we are pushing the limits of physiology and anatomy for what constitutes a dog. We need research to find what these limits are so that we can set boundaries that ensure healthier dogs.

Catherine Dobbie from Dogs Trust looked at the social aspects of the surge in popularity. Adverts, films, celebrities and social media have a huge impact on demand for these animals. With illegal imports being a huge problem now we need to find ways to stop the influx. Dogs Trust figures suggest that about 6% of the puppies are dying on the way here or soon after arrival. The puppy smuggling business is now comparable to the drug trade for amounts of money made.

Gudrun Ravetz, from the BVA, backed up what many others said. We need a review of breed standards, we need research to allow us to legislate and we need to educate owners before they buy. She also spoke about the new laws coming into force in the UK in October that will effectively give us torture breeding laws. She would also like to see the AWF/RSPCA puppy contract become mandatory. This would be a great step in my opinion.

Here are some of the views that came up in the discussion afterwards.

For my contribution I said I would like to see a body like FECAVA or WSAVA appoint an independent panel of veterinary experts to go through every breed standard in the world. They would strike out anything that selects for an anatomical or physiological defect or abnormality. It seems mad to me that we have allowed this so long. We should stop recognising new breeds. It’s lunacy to have one species separated into more than 200 phenotypically different individuals. I’m also devastated to see that we are now doing to cats what we’ve done to dogs with the likes of the Munchkin. Then there’s the horses and the rabbits and all sorts too. This needs to be clamped down on RIGHT NOW and stopped. It is unethical and indefensible to impose extreme body shapes and defective anatomy on the animals in our care.

Health, welfare and temperament MUST come before looks. Now we must wait and see what the MEPs do with what they heard. 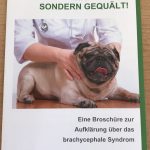 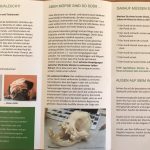 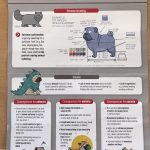 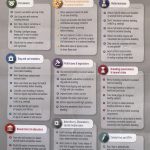